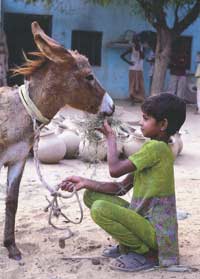 The Charity is a grant-making charity. It primarily provides grants to charities concerned with animal welfare (see grant making policy for further details).

The objects of the Charity are to advance such purposes that are charitable according to the law of England and Wales in any part of the world and in such manner as the Trustees may in their absolute discretion think fit.

The Charity is governed by a board of Trustees. The Charity is administered on a day-to-day basis on behalf of the Trustees by Charles Russell Speechlys LLP.